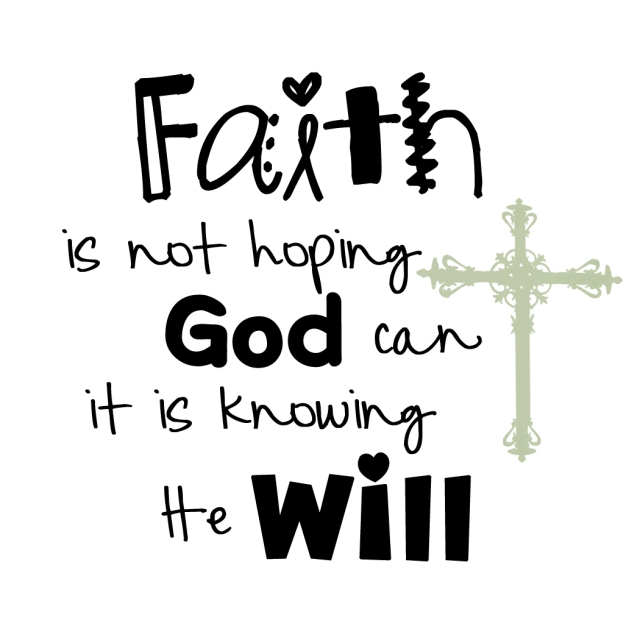 “Now faith is the assurance of things hoped for, the conviction of things not seen.  Indeed, by faith our ancestors received approval. By faith we understand that the worlds were prepared by the word of God, so that what is seen was made from things that are not visible (Hebrews 11: 1-3).”

(Note: All of the Lectionary (Scripture readings for the week) come from the website of the Byzantine Catholic Church of America. If you are Roman Catholic, Eastern Orthodox, or other denomination that follows a Lectionary, please refer to your respective Diocese/Eparchy/Church bulletin for the readings of the week)

Here are the daily readings for the fifth week of the Lenten/Great Fast season:

Over the past few weeks on our Lenten/Great Fast journey to Holy Week, I’ve been talking about the “simple gifts” which help us on our “walk of a thousand miles” (Lao Tsu)  as it were, which has put us few a few hundred more steps by now, and probably with these “supplies on our backs”. I’ve written about three of these gifts; Prayer, Contrition (Penance), Fellowship; and now I wish to write about the last: Faith.

To be sure, the skeptical world of the New Atheists would say that faith is tantamount  to a kind of wishful thinking, the kind that’s in abundance in Las Vegas. It is a stumbling in the dark, think of the song by the famous Blind Faith (coincidence?) and the lyrics to “Can’t Find My Way Home”:

” Come down off your throne and leave your body alone – somebody must change
You are the reason I’ve been waiting so long – somebody holds the key
Well, I’m near the end and I just ain’t got the time
And I’m wasted and I can’t find my way home”

The song suggests a relationship gone bad here (“leave your body alone”), but it also invokes an existential problem (“Somebody must change”-“Somebody holds the key”). Personally, I like Blind Faith (Who wouldn’t with Steve Winwood and Eric Clapton in the band?), but I think it’s telling that truth here is who pulls the bigger strings.  The narrator doesn’t seem to want to rely on faith in regards his lover,  (“Well, I’m near the end and I just ain’t got the time”). It seems that when it comes to faith, many check out the door. Is faith so unreliable? I don’t think so. More on this later.

In other’s frame of mind, faith is the hopeless and childish wish fulfillment, the “if only” musings of a star struck woman wishing for her illusive Romeo. In other words, a sick mind who has yet to grow up. To this I also say, I don’t think so.

Also, faith is not a force we so often hear about within what is called the “Prosperity Gospel”. faith is bigger than Luke Skywalker and Darth Vader combined, but it is not the objectification of God, turning Him into a cosmic Santa Claus. Faith does gets us a lot more personal to the One with Whom faith connects: the Holy Trinity.

Faith is in all actually an encounter with the Living God. We encounter God in stages, just as Israel had done in the Old Testament. So we encounter Him through His love letters found in the whole of Scripture. Just as we may encounter a person from the past through a biography or autobiography (even better!), or through a correspondence like letters or e-mail sent to one person to another.

But this is not the only way we encounter God. We also encounter Him through our communities and in churches, and for Roman and Eastern Catholics and Eastern Orthodox, through the partaking of the Eucharist. Our love for one another mimics and illumines to each other  the “Imago Dei”, the image of God that is in our very nature and which everyone has throughout their lives. Also, when we do these, we also by extension “taste and see the goodness of the Lord” (Psalm 34:8; also referenced at times while the priest offers the Eucharist during the Divine Liturgy of Eastern Catholic and Eastern Orthodox communities).

We also encounter God in the beauty of the logic and reason of philosophy, (Think of Catholics such as Sts. Augustine and Aquinas, and Protestant philosophers such as Soren Kierkegaard and the martyr Dietrich Bonhoeffer which used philosophy to inform their faith), the mathematical tapestry of of science (Georges Lemaitre (Catholic priest and the one responsible for the term “Big Bang”and used this to help explain an expanding universe to his friend, Albert Einstein, who himself believed in a God), and Lise Meitner (Lutheran nuclear physicist and Nobel Prize winner who, with her team, discovered nuclear fission), and the aesthetics (In music: Bach (Lutheran, who wrote the greatest of Passions, “The Passion of St. Matthew”, and Arvo Part (Estonian Orthodox, one of the greatest writers of sacred music of the twentieth and twenty first century) in Literature: J.R.R. Tolkien (Catholic) and C.S. Lewis (High Church Anglican), who were two people of many who had the most impact on the “post Christian world” [Lewis’ phrase’], and whose works boldly proclaims the Christian message in uncompromising terms), and in art: Michelangelo (Catholic: ”  Genesis”, at the Sistine Chapel). Daniel Hisgen (Protestant (Lutheran?): St. Michael’s Church, Oberkleen, Germany). and Andrei Rublev (Russian Orthodox: Ikonographer).

Finally, we encounter God through our desire, that, whether we believe it or not, resides in every heart that cannot be fulfilled except through God Himself, as St. Augustine puts it so well, “Our hearts are restless, until it rests in You” (“Confessions (Book One)”). All of these things testifies to the character and nature of God and are things we encounter on a daily basis. And in some instances, we encounter Him very literally. The Bible and the testimonies of those open to His Grace have experienced a taste of the Beatific Vision. We must never forget any of these things and we must claim all of these as an integral part of the Christian witness.

In fact, believe it or not, we do this with others everyday. I mentioned above that we “not check out” when confronting faith. There are two sides of faith. One, the part we can access. I just gave examples of how we access and encounter God, His character, and His nature in the things above. We do this everyday when we engage and encounter one another. I see someone and their attributes: Their physical attributes, the way they walk, the clothes they wear.  I get to know some of their attitudes: A glimpse of their psychology, their philosophies and world views, and so on. I can experience them when I encounter them.

The other part is trust. I can meet you, talk with you, and after awhile, I get an idea of a consistent person (“character”) you are. I trust in its consistently (in most cases,  people don’t change their character much. Radical changers are very rare. They do at times, of course, but in my lifetime, I have not encountered any such exceptions).

Now to the trust part. There will always be something about you I do not know.  Someday, I may learn more, in fact, I hope so. Stagnated friendships never last very long. In the case of God, He has satisfied in an infinite sense His “stableness” (I don’t expect Him to turn the house I live in literally upside down tomorrow morning!  ). I do expect some degree of discovery, for I am finite and He is infinite, with an infinite set of possibilities. I also trust in Him and His goodness, that He will not unexpectedly change His nature to something evil (not only a contradiction if we consider He is all good, omnipresent, and omniscient, but also by the fact that He promised stability when dealing with us truthfully, justly, and faithfully (Matthew 7:9-11).

It is in this trust, this faith, that our hope, and I daresay, confidence, lies. Many people, watching television or seeing the world in turmoil, lost, hurt, in pain and confusion, and bound up in a moralist relativity, which “confidently” says this is all the there is, are the very ones we as Christians should shout all the more loudly, and with joy say, “ Let us therefore approach the throne of Grace with boldness, so that we may receive mercy and find Grace to help in time of need (Hebrews 4:1)”

Lent is the buildup to this proclamation that there is something  more than “blindness”, and we can indeed “find [our] way home”. With faith as the vehicle which drives us, this confidence and trust that is so very real, we experience all of these things through Lent right up to Holy Week.  While the world would want the Cross to still be occupied and a stone shut quiet on a tomb occupied, I hear the words sometimes given to those who receive the Eucharist in the Eastern Catholic tradition, “Taste and see the goodness of the Lord  (Psalm 34:8)”.

We long to hear this reassurance some of us will hear on Easter Sunday (Pascha) and which is celebrated in all Christian communities, “Christ has risen from the dead. By death He trampled death. And to those in the tomb, He granted life (Paschal Troparion).”

So what is it that we as Christians on “both sides of the altar” can do to strengthen our Lenten journey using faith, to cultivate this trust?

In your prayers, devotionals, meditations, and services, “taste and see the goodness” wherever, whomever, and whatever you encounter God. God is “always and everywhere, filling all things” (Matins of the Eastern Catholic and Eastern Orthodox). Don’t let the enemies of your soul, either from within and without, rob you of this truth. Let the vehicle of faith guide you with what you already know and preserve you with what you do not. As we head in Lent towards Holy Week and the Cross, and face the specter of failure and loss, let us enjoy the blessings of St. Peter’s words, who in the Gospels despaired, but in the Book of Acts and his Epistles could proclaim the following:

“Blessed be the God and Father of our Lord Jesus Christ! By his great mercy he has given us a new birth into a living hope through the resurrection of Jesus Christ from the dead,  and into an inheritance that is imperishable, undefiled, and unfading, kept in heaven for you,  who are being protected by the power of God through faith for a salvation ready to be revealed in the last time.  In this you rejoice, even if now for a little while you have had to suffer various trials,  so that the genuineness of your faith—being more precious than gold that, though perishable, is tested by fire—may be found to result in praise and glory and honor when Jesus Christ is revealed.  Although you have not seen him, you love him; and even though you do not see him now, you believe in him and rejoice with an indescribable and glorious joy,  for you are receiving the outcome of your faith, the salvation of your souls (1 Peter 1:3-9) .”

May all of you have a blessed Lenten week.